Retaking A levels: Rise to the Challenge

DESIGN YOUR EDUCATION. TRANSFORM YOUR FUTURE.

At Greene’s College Oxford, our educational philosophy is based on one simple assumption: if students’ education is tailored to suit their unique qualities and needs, they are more likely to be successful.

We offer the support of a sixth form college, deliver individualised tuition, and act as a registered examination centre. Whether students are sitting A levels for the first time, or re-taking examinations, we put students first.

Our approach to further education is based on the principles of the tutorial method of learning, and fosters self-confidence, responsibility, and independence in our students. Students have access to our inspirational tutors, academic mentors, and online learning resource, Greene’s Online, at any time, regardless of their location.

The wider curriculum also includes regular Leadership sessions to prepare students for their future careers alongside a wide variety of student-led societies.

Speak with one of our team here to find out how we can help you design your education and transform your future.

Get in touch to find out more.

Rise to the Challenge

Whether your results exceeded your hopes or if you missed your goal slightly we believe it is time to reframe the concept of retaking: we see retaking as a new path to success.

Did you know that 90.9% of all Greene’s A level retakes improve by at least two grades?

Learn more about A level retakes at Greene's

Greene’s College Oxford invites students to enrol at any time throughout the year, liberating students from a one-size-fits-all curriculum, as well as the fixed academic calendar. Our students are encouraged to identify clearly their academic goals and take strategic steps to achieve them. This means enrolling in the courses that support their objectives, and none of the classes that do not.

Students at Greene’s College Oxford have access to Greene’s Online, a custom-built online platform, where they can upload their work and review their assessments. Students receive live feedback and can track their progress independently in their own time. Study is in person or online, so geography will not limit academic development.

We also have a college in Estoril, Portugal. Find out more about it here.

Find out more about Greene's Online

We teach through the tutorial method to encourage analytical and creative thinking. This approach to learning is defined by one-on-one tuition, taught in the Socratic style, with an emphasis on independent study. Our students find they can retain more information when guided by their own curiosity – and it provides a more seamless transition from A levels to university life.

Read more about the tutorial method

We work with only the very best academic tutors. Each one has achieved academic excellence in their field and every tutorial radiates this enthusiasm. Our tutors are selected for their ability to convey the required information in a meaningful manner and, with the help of our Personal Tutors, they inspire students to seek answers for themselves. With almost 55 years’ experience, Greene’s has the tools to empower students to succeed.

Your Goals - Our Expertise

Agnieszka teaches both Government & Politics and Law. She holds an M.A.and LL.M. in law as well as a Ph.D. from Oxford Brookes where she was a university lecturer. Agnieszka is passionate about tutoring and runs the College’s debating society.

Anne completed her joint honours postgraduate qualification in Physics and Theoretical Physics from the University of Cambridge, U.K. in 1995. Since then she has been tutoring at a range of colleges in different places and has been at Greene’s for the last three years tutoring Physics and Mathematics. Anne is a highly experienced professional tutor with a passion for education – a passion which translates into enthusiasm amongst her students.

Brian teaches English Literature and Government & Politics. He did his undergradaute, masters and doctorate degrees at Oxford and his academic research specialism is the Old Icelandic language. Brian frequently acts as an examiner for several of the major examination board and is passionate about education and the tutorial method of learning. Brian is also a highly talented actor and can be frequently found treading the boards across the country.

Emily has a BA in Cell and Systems Biology from the University of Oxford and has been tutoring Chemistry and Biology at Greene’s for a wide range of students. She is currently working on her D.Phil – also at the University of Oxford – and coaches athletics for competitive running. She is particularly keen on ensuring that her students fully understand key concepts.

Julian has a Master’s Degree in Engineering and a Post-graduate qualification in Education from the University of Oxford. Since then he has taught Physics at a range of top independent schools in the U.K. and has been tutoring at Greene’s for the last three years. Julian is an experimental Physicist who strongly believes in learning by doing. Julian has also coached and participated in rowing and real tennis at an international level having considerable with his rowing teams.

Having studied and worked in many different countries, Lamine has a wide international education and experience. He holds a BSc qualification in Computer Science from Oxford Brookes and has been teaching Mathematics in the UK and at a range of levels for over 15 years. His particular area of interest is Decision Mathematics and logical mathematical frameworks.

Saif tutors Biology and Chemistry and has been running Biology A level practicals at Greene’s for the last two years. He is a passionate tutor and keen scientific researcher – even building his own artificial coral reef. Saif has a First Class Honours degree in Biochemistry from the University of Manchester, U.K. and a doctorate (D.Phil.) in Medical Oncology from University of Oxford, U.K. One of his specialities is microscopy.

Sarah completed her doctoral research in 2018, at Oxford Brookes University, on early modern melancholia and present day depression in literature. Before gaining her Ph.D. she gained her B.A. from the University of Buckingham in English Literature and French, and then went on to gain her M.A. Sarah’s lecturing and tutoring experience has been extensive since 2015, and she has taught intensive A level, IGCSE, GCSE, and I.B. courses across a number of examination boards and a wide variety of texts.

Students who have taken tuition at Greene’s in the last academic year (2021-22) have gone on to achieve above the national average in A* and A grades – 41% of grades at Greene’s are A* or A grades. Many congratulations to all our students for another excellent year of A level results. We would like to thank our staff and tutors for their tremendous hard work and dedication.

Greene’s partners with independent schools across the country to deliver bespoke seminars covering a wide array of subjects using our Oxford-based tutors.

Your education – our expertise.

Arthur, who currently studies at our college in Estoril, shares his plans and future aspirations.

On of our current students in Estoril, Peter, tells us about his experiences at Greene’s and his visions for the future. 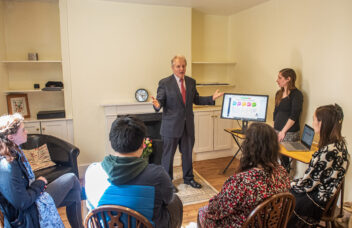 Reframing A level retakes: a new path to success 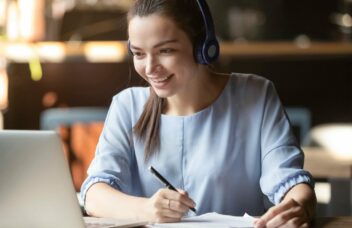 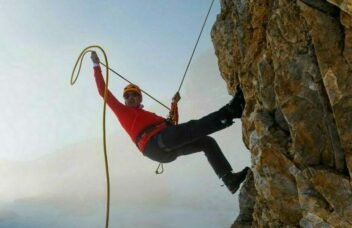 When A levels go wrong: Clearing or Retakes? 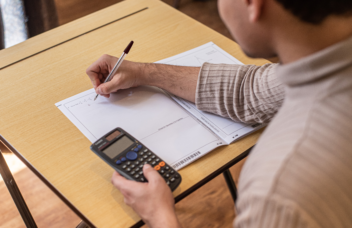 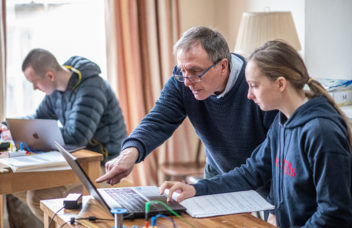 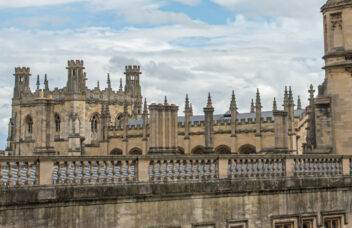